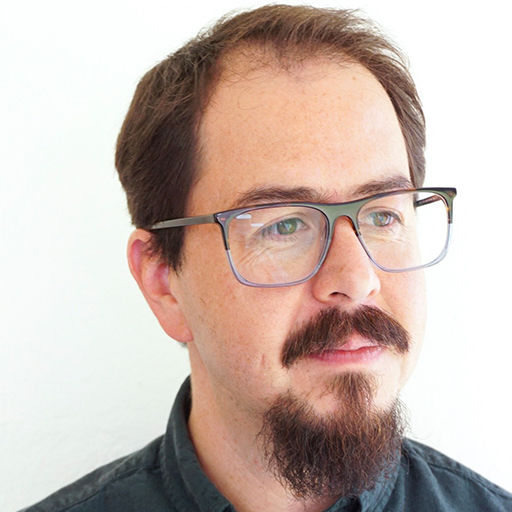 Jorge Camacho is a strategic designer, foresight consultant, researcher and lecturer. He is a co-founder of Diagonal: a research, design, and futures studio based in Mexico City. He is also a Research Affiliate at Institute for the Future and a founding member of Plurality University Network (U+). Jorge studied an MA Cybernetic Culture and a Ph.D. in Cultural Studies at the University of East London. As a researcher and lecturer, he’s interested in design practices that aim to drive social change such as design futures, systemic design, and transition design. He currently teaches systems and futures thinking at the MA Design Studies and the Design of Tomorrow program at CENTRO and the MA Strategic Design and Innovation at IBERO Ciudad de México. He’s lectured at Academia Mexicana de Creatividad, EGADE Business School, and h2i institute (Madrid). He has worked as creative director, strategist, and director of innovation at various companies including Flock (currently Isobar Mexico), Google and Uncommon. He has led projects in product and service design, as well as strategic foresight, for international companies such as Coca-Cola, Nissan, Ab InBev, Visa, Gentera, as well as public organizations such as Mexico City’s Laboratorio para la Ciudad.

c. 2019 - ?: Europe, China and the use of cycles to envision alternative futures

In 2008, I wrote a paper titled: “c. 1315 - 1640: Why Europe? Why not China?” — a nod to Deleuze and Guattar’s Mille Plateaux. In that piece I explored, through the lens of the French philosophers’ work, the complex but contingent socio-political and socio-ecological mechanisms that gave rise to the capitalist system in Europe, rather than China, over the long sixteenth century. As we stand in the middle of the COVID-19 crisis, there seems to be not only a renewed interest in futures and foresight as individual and social capacities but also, behind the now popular idea that we’ll transition to a “new normal”, a recognition that we may be witnessing the end of a cycle. For some commentators, what we’re seeing is merely the return of a recession similar to those of 2001 or 2009-2009. For others, we’re attending a larger crisis only comparable to a compressed version of the multiple crises of the middle of the 20th century: the Spanish influenza pandemic, the Great Depression and even the World War II rolled into one. The most adventurous argue that we’re living through the final crisis of capitalism originating now, interestingly, in China rather than Europe. The identification of long wave, cyclical forces is one of the methods that can be deployed to envision alternative futures. In this presentation I’ll use the notion of short and long historical waves to review current discussions about emerging potential futures.