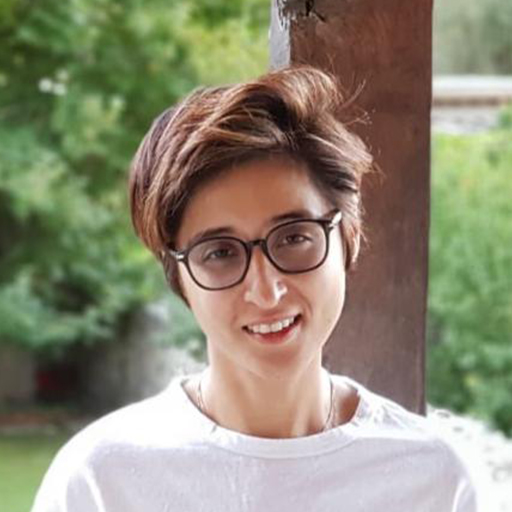 Puruesh Chaudhary is a futures researcher and strategic narrative professional. She is a Distinguished Fellow 2015 at the Institute of Strategic Studies Islamabad (ISSI). She has a professional master’s degree in International Negotiation and Policymaking from Institut De Hautes Études Internationales Et Du Développement, Geneva. Her work mostly involves futures research, knowledge-collaborations and content intelligence within the framework of human security. She has worked with multilateral donors and aid agencies, news organizations and multinationals in advancing development efforts in Pakistan. Featured amongst the World’s top female futurists. She is the Founder and President of AGAHI, a non-governmental organization, which works extensively on creating shared spaces for interactive learning, collaborative thinking and knowledge sharing. Pakistan Foresight Initiative, a project of AGAHI aims to improve policymaking and strategic narratives on key priority areas of the Foresight Lab; facilitative platform – a thinkware that is engaging legislators, strategists, academicians and the community for developing shared understanding for effective implementation of decisions. She has produced foresight research compilation on Pakistan State of Future Index (‘Anticipating 2027’/’The Future of Possibilities 2029’) a single measure that indicates that the country is relatively improving over the next 10 years; The Future of Pakistan up to 2060 building on four possible scenarios; is a published co-author for ‘The Future of Business’ a critical insight on rapidly changing world; The Big Idea: Next Generation of Leadership in Pakistan needs a ‘New-Think’ analytical overview of foresight decision-making and strategic narratives in country; developed the Realtime Delphi tool, an efficient and a cost-effective system to generate expert judgements a decision support system. Championing “Shaping the future of journalism”, Chaudhary has co-founded Pakistan’s annual journalism awards (The AGAHI Awards); content analysis framework (Media Credibility Index and Ethical Media Audit); created foresight research fellowship opportunities on ‘Peace and Technology’ with the Department of Strategic Studies, Quaid-e-Azam University and The China Study Center of COMSATS Information and Technology Institute; and has developed academic-industry linkages. The Center of Internet Media Ethics’ has honored her to serve as its Ambassador to Pakistan campaigning for quality journalism in the country; she now sits on CIME’s Board of Advisors. She is a Mentor for the UN-Habitat Youth Fund Programme. She is on the Editorial Board for the Journal of Future Robot Life. She is a Member Network of Global Future Councils of the World Economic Forum on the Fourth Industrial Revolution. Chaudhary is a Harvard University, Singularity University Alumni; and of the National Defence University in Pakistan. She has also been recognized as a Global Shaper by the World Economic Forum in 2011 and has been nominated to the Forum’s Expert Network on Global Agenda. Chaudhary is an ASPEN Alumni, a member and an advisor to the World Futures Society and is on the Planning Committee of the Millennium-Project (Global Futures Studies and Research), she is the Founding Member of the Plurality University Network; has created the Asia Futures Network and is spearheading the Africa Knowledge Council, to bridge the understanding between the peoples of Pakistan and Africa. Additionally, Chaudhary is the co-founder of Media Development Trust, Director at Mishal Pakistan and a Founding Director for the Asia Institute of Public Policy. Chaudhary is invited to various international and domestic forums to speak on futures, storytelling and human security.

The principles of trust arise from the arc of responsibility and accountability. Kalām, is the expression. As the civilizations progress, in ways and forms, that it itself determines, the inner self informs the alternate realities. The failure of imagination can cause real harm. The rules of navigation change with changing technologies and evolving interest. The human connection is the essence of weaving the realities of the future. And as these new realities take form, heightened complexities will emerge, newer languages of interactions be invented; Through wisdom, ideas, invention, and discoveries the human civilization has found meanings. And as it finds meanings, it creates history. So, the fundamental challenge becomes How would people in the future learn, and then how would their thinking inform their decisions? Will future human civilisations avoid the risk of being cyclical. The languages that would generate insights of futures innerselves broaden our comprehension of the structures, not just in the realm of politics, trade, science and technology but also culture, rituals, traditions, relationships, habits, behaviours. The insights of our innerselves would connect the dots in to the future that would help the humankind solve longterm challenges.